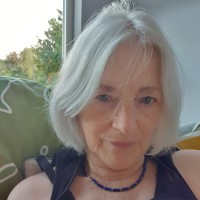 I nipped home from school at lunch time today to pick up a ‘princess’ dress. There and back inside 45 minutes. And so worth the rush.

You see, one of the schools I teach in was having a dress rehearsal for the Christmas school panto – an adaptation of Cinderella. A member of staff mentioned earlier in the morning that one girl was without a costume. She had been off school and was not aware that she had to bring a dress in with her today. And she had nothing suitable. Just like the real Cinderella.

I had no idea who the dress was for but, judging from the teacher’s description of the girl, I felt sure I would have one at home that fitted. Well, not me personally, you understand. I don’t dress up as a princess. Much. One of my daughter’s dresses.

On returning to the school and rushing to the class in question I discovered that the dress was for a nine-year old I see once a week for a few hours. This girl, K., is profoundly deaf in one ear and is painfully quiet in class, barely speaking unless directly spoken to. And, even then, in a whisper

When I realised the dress was for her I was worried. This child was going to be one of the Cinderellas! I reassured myself that maybe she had a non-speaking part.

Shortly after one o’clock I sat, along with all the other children and staff in the school, and watched as three classes of children aged 9-11 did their thing. They were great.

K. came on in her princess dress. I was practically holding my breath.

She joined in a song with the others on stage and seemed to be doing well. I relaxed a little despite the fact that she was being overshadowed by two other more confident girls practically standing right in front of her. I wanted to shout, ‘Hey, let Cinderella in!’

The song finished and the next scene was between K. as Cinderella and Buttons. I was blown away.

My gawd, she was brilliant. This bashful child enacted her part with clarity and volume and facial expressions and movements worthy of either of the two ‘real’ pantos I’ve been at in the last few weeks.

Sometimes, people think that Drama, Dance, Music, Art and P.E. are secondary in importance to the principal subjects of literacy and numeracy. Of course, the latter two are important. And I love teaching them . But, I’ve argued for years that the aesthetic and physical subjects develop areas of personality and boost confidence that helps with all areas of school life.

Today, K. showed me and everyone there that there is nothing secondary or inferior in worth in the aesthetics.

She was not the only one. Every child on that stage and in the choir took on roles, some of them humorous – a difficult thing to pull off- all acting and singing their hearts out.

I have seen this over the years with the Expressive Arts and P.E.. The opportunity for teachers to see the children in different learning environments, using different attributes and developing their skills is an eye-opener.

K., for me, was the one who really mattered most today because the difference in the before and after was so pronounced.

I remembered then a conversation from the staff room of a few weeks ago where one of the teachers had commented on a quiet child who blossomed on stage. This was K.!

When her parents see her tomorrow and Friday in the real show they will beam with pride. I did.

Strength will lend a voice

Amid noise and confusion.

In weakness, valour may dare.

In weakness, valour may dare

Fight or flee is chosen.

Fight or flee is chosen

Protection and survival the aim.

Protection and survival the aim

Of life – to adapt, change,

Signify and glorify the spirit within.

Signify and glorify the spirit within,

Rejoicing in source and unity,

Drawing one to another, connecting the edges,