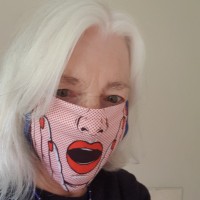 There for the first half,

Gone for the next,

That filled only eyes,

To laugh and talk and cry

At life and all its wonders,

If life could happen twice,

To hug and hold you tight

You’d be too soon gone,

Travelling through the night.

To light your lovely face.

Then I’d let you go

Back to your life of grace.

But every day in mind

Just a thought away,

From birth until all days.

I have some things to thank my husband for.

For still finding me ‘hot’ when I’m sure that I’m not,

For hugging me when I feel down.

For sneaking up behind me to cuddle me

When I’m trying so hard just to frown.

For loving my bottom, my boobs and my eyes,

For loving my stretch marks, my smile and my thighs.

For loving my nutty behaviour as well,

When anyone else would say, ‘Just go to hell’.

For being so strong, hard-working and true,

For simply being there, whatever I do.

For bringing me coffee in bed every morn,

For being so loving with each child that was born.

For resisting the urge to have a good nag,

When I reach for the packet to take out a fag.

For being a father and husband so great,

For being so patient when I ask you to wait.

For being the person I thought you would be,

For twenty-six years of still loving me.

Actually, I was slightly.

Yesterday’s afternoon tea with champagne started off beautifully by hubby and I being too early for the occasion. Having organised child care,

One reasonably short train journey later and husband and I were in the centre of Glasgow.

Time to redeem the voucher from last year’s wedding anniversary. Being too early and it being a surprisingly, rare sunny day we toddled off to a lovely outdoor café to partake of a cold one. One pint of Tennents for hubby and a bottle of Bud for me and I was feeling quite mellow. This is what happens when you partake of alcohol at 1pm and have breakfasted on Nescafe and cigarettes. He, at least, had had his porridge. So, shoot me, I’m trying.

We were received at said café with a warm hug from a special friend of my 20 year old daughter’s. Small world.

Nearing two o’clock we ventured to the Corinthian Club. (My one and only time in this club previously was when I had been called for jury service. It used to be the Sheriff Court. Justice now measured out in alcohol and casino chips!)

A lovely glass of chilled champagne was presented to us, followed by a three tier plate of sandwiches and cakes. No, we did not – could not – eat them all. I tried but my threshold has obviously diminished somewhat from a previous afternoon tea with my mother where I am sure I shamed myself and her by consuming practically everything on all three tiers. I can’t resist meringues. Coffee accompanied the platter and was enjoyed, although not as much as the champagne which, by now, was well-scoffed.

A return journey home saw us passing our local. Only, we didn’t pass. We thought, ‘Let’s be hung for a sheep,’ and entered to find some old friends gathered. These people obviously have a social life when I’m not there. How unfair is that?

The Wimbledon tennis final was on and many patrons were quite engrossed. I’m afraid I may have disturbed them by talking. Well, who goes to a pub and watches TV? We had a grand old natter and two more beers.

And I felt ever so slightly wasted.

We were urged to remain but couldn’t. A text from my 20 year old to request a barbecue could not be ignored. Now that she is in a flat, I don’t see as much of her as I would like. I miss her. No, twenty years was not enough. Maybe she’s just using me for the garden but I can live with that. Easy.

I had a fab day.  But the real reason I was wasted had nothing to do with alcohol.

I checked my phone on the train on the way home and I had a few e-mails. One was from http://belsbror.wordpress.com/2013/07/06/community/.

It said I had a ‘Wonderful Team Membership Award’.

Well, the other day, I got a ‘One Lovely Blog Award’ and now I receive a team award and it’s wonderful.

So, I’m pathetic and in need of huge doses of approbation.

But, for team membership? Seriously?

Anyway, I don’t care. I got another award and I’m chuffed. Like your man who nominated me says, ‘Fellowship.’ And, I have to admit, that since I joined this lovely community of bloggers, this is exactly what I feel.

We’re all talking on paper, we’re all reaching out in some way, we all have our ideas. We may not always agree. But. And it’s an important but. I feel the connection and I know I am already on the way to making friends whose faces are not always known to me but whose hearts are on their sleeves and whose honesty and integrity shine through.

There’s one below that is going to be really pissed at me because it means more homework. But, I can’t not nominate her. She has already fulfilled all team membership requirements in her life by being there as part of the team in her work with people who hurt.

She was there for me when I was having my first week of school holiday rant. (Can’t switch off, unload, move on.)

So, my Whispering Insights friend. Tig. You’re it.

I don’t know if this blogger will appreciate this. He’s a bit of a maverick. But, he has this huge following, so he I think he’s something of a team leader. Read his posts, if you haven’t already and you’ll see what I mean.

You might not want it, OM, but you’ve got it. So there.

My kind of woman.

So, these are my fourteen nominees. I follow a fair number of people and it was not an easy task to select only fourteen. (But, you’re right, WI. It is a lot of homework. And I thought I was on holiday!)

It may be too time-consuming for you to browse and select your fourteen. Even so, I would like you all to accept the Wonderful Team Membership Award as testimony to what you are doing with your lives and your blogs.